New to the Area?

Check out the city website for a host of information on what Milton has to offer.

Milton is a distinctive community embracing small-town life and heritage while preserving and enhancing our rural character.

Now over 12 years old, the city is thriving.  Still often confused with the City of Alpharetta, Milton is actually 3 times larger than Alpharetta with ONLY 1/2 of the population.  Milton is 85% residential with over 80% of all homes on an acre or larger lot.  Driving through the city visitors often believe they are “way out” in the country, yet in reality Milton is minutes from GA 400, the major state highway that connects the city to Atlanta only 20 miles away. 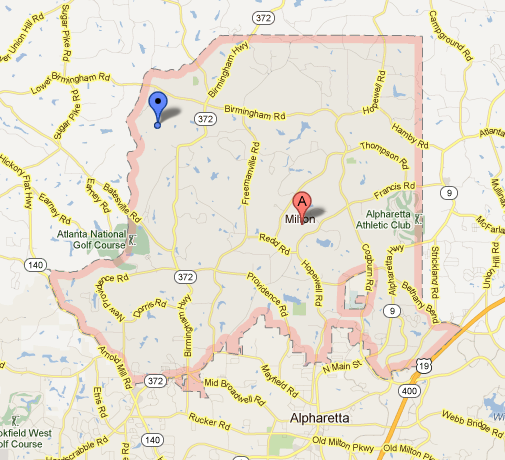 Milton has a population of 32,661 people (click here for more information) and covers 23,000 acres. It includes the northwest unincorporated island that is bordered by Cherokee County to the north and west; Forsyth County to the east; Roswell city limits to the southwest (a little west of Arnold Mill Road); Alpharetta city limits to the south (roughly, Mayfield Road to Cogburn Road to Windward Parkway).

Named after Revolutionary War Hero John Milton, the City of Milton is a part of Fulton County with County Commission representation.